A montage is an assembly of images that relate to each other in some way to create a single work or part of a work of art. A photomontage is a collage constructed from photographs. https://www.tate.org.uk/art/art-terms/m/montage

Photomontage is the process and the result of making a composite photograph by cutting, gluing, rearranging and overlapping two or more photographs into a new image. Sometimes the resulting composite image is photographed so that a final image may appear as a seamless photographic print. A similar method, although one that does not use film, is realized today through image-editing software. This latter technique is referred to by professionals as “compositing” … Wikipedia more

Photomontage is often used as a means of expressing political dissent. It was first used as a technique by the dadaists in 1915 in their protests against the First World War. It was later adopted by the surrealists who exploited the possibilities photomontage offered by using free association to bring together widely disparate images, to reflect the workings of the unconscious mind. In 1923 the Russian constructivist Aleksander Rodchenko began experimenting with photomontage as a way of creating striking socially engaged imagery concerned with the placement and movement of objects in space. Other key exponents of the medium are John Heartfield, the German artist who reconstructed images from the media to protest against Germany’s Fascist regime and Peter Kennard, whose photomontages explored issues such as economic inequality, police brutality and the nuclear arms race between the 1970s and the 1990s. https://www.tate.org.uk/art/art-terms/m/montage

The task of blending or rearranging multiple photographs, or combining scenes or objects taken from photographs into new images, has been made considerably easier by modern digital software. Given how little effort is required in using such software (and how many effects can be achieved automatically through filters and other types of digital manipulation), the artistic element in photomontage plays a vital role in the quality of the end result. There are numerous visual artists producing work with magical realist elements, whether in the form of photographs or photomontages (there is a fine line between the two forms, again due to digital processing which plays a major role in ‘fine-art photography’ as well as in the more obvious form of photomontages).

The general problem of how to distinguish precisely the modes of magical realism and surrealism is particularly acute in relation to photomontage. It is not difficult to introduce unusual effects into photographs or photomontages, resulting in artwork that is obviously not ‘realist’ or representational. As is the case with fiction and film, there is a tendency to ‘over-claim’ work as magical realist which is really fantasy, or magical, or hyper-real.

Here are some examples of contemporary photography/photomontage which claim to be magical realist or which have been described in such terms.

Lisa Stock is an award-winning filmmaker based in New York. Called “a skillful alchemist at work” by Faerie Magazine, her films have been featured in festivals and screenings around the world including London, Cannes, New York, Boston, Los Angeles, Hong Kong, Sydney, aired on PBS, and chosen as a Project of the Day on Kickstarter. Lisa’s work combines the glimmer of magic with gritty reality, and has been taught in university classrooms from Montreal to Malaysia. Her groundbreaking cinematic narrative for TITANIA will premiere in 2020.

Water Water Everywhere! There’s a lot people say about the properties of water: restorative, rejuvenating, rebirth, calming, forceful, powerful. Loren Eiseley said “If there is magic on this planet, it is contained in water.” That may be what has drawn me to include water so often in my films and photography. Each character wading into the water seeking some magic or in the instance of “The Jules Verne Project” running away from it.

Emma Powell is an assistant professor of art at Colorado College. Powell graduated from the College of Wooster, and received her MFA in photography from Rochester Institute of Technology. Her work often examines photography’s history while incorporating historic processes and other devices within the imagery.

Svala’s Saga is a photographic fairy tale that addresses the issue of species extinction. Our character, Svala, is confronted with a sudden loss of the worlds birds. As the Earth heats and cools, she journeys through alien landscapes searching for the last remaining eggs. By drawing on the archetypal motif of the quest, we hope to suggest that a lone individual can make a difference through perseverance and determination. These images are printed using the platinum/palladium process over digital color.

On a cold, gray day, Svala no longer heard the birds. They all had disappeared. She searched throughout the land, but only broken shells and empty nests remained. As winters and summers passed, Svala consulted oracles and interpreted dreams. The message was always the same: it was her destiny to rescue the birds. She bid farewell to home and hearth, then set out across the world on her quest.

Tom Chambers is a photographer best known for creating photomontages that move beyond documentation of the present and seek to merge reality and dreams. Chambers considers his photographs to be not so much about taking photos as making them. Each series begins with a sketch of a concept and storyline. He then photographs each element of the piece using a medium format camera, making sure the light intensity and direction are the same in each shot. By photographing separate elements and assembling them into montages enhanced with patina and warmth, Chambers creates scenes that evoke surreal fairytales. His images are imbued with magical realism, legends, mysticism, dreams and symbolism. While Chambers employs contemporary technology to achieve his photomontages, his images have a luminous quality and dramatic compositions reminiscent of Renaissance paintings and Andrew Wyeth landscapes.

Through photomontage I present unspoken stories which illustrate fleeting moments in time and which are intended to evoke a mood in the viewer. These mythical illustrations might address the fragility of childhood or the delicate transition experienced by a child passing into adolescence and then adulthood. Others express the tension in the uncertain coexistence between man and his environment, a delicate balance too often ignored and damaged. Each photomontage is carefully constructed, using both images that have been planned and those that unexpectedly enhance the story. With digital photography I desire to move beyond documentation of the present, and rather seek to merge reality and dreams in musing about possibilities of the future.

Jim Kazanjian’s surreal photo collages appear to be the abandoned sets of a Mad Max movie or perhaps the homes that Burning Man participants might own, all created with the focus of a Mad Scientist. None of his work has been created in camera, instead he reconsiders and re-purposes imagery found on the internet and the result is other-worldly and magical. Jim will have an exhibition of his work at the Jennifer Kostuik Gallery in Vancouver, Canada opening June 11th and running through July 12th, 2016.

Jim received his MFA from the Art Center College of Design in ’92. His BFA was completed at the Kansas City Art Institute in ’90. He has worked professionally as a commercial CGI artist for the past 18 years in television and game production. Various clients he has collaborated with include: Nike, Adidas, NBC, CBS, HBO, NASA, HP, Intel and others. He currently lives in Portland, Oregon.

My images are digitally manipulated composites built from photographs I find online. The technique I use could be considered “hyper-collage”. I cobble together pieces from photos I find interesting and feed them into Photoshop. Through a palimpsest-like layering process of adding and subtracting, I gradually blend the various parts together. I am basically manipulating and assembling a disparate array of multiple photographic elements (sometimes more than 50) to produce a single homogenized image. I do not use a camera at any stage in the process.

My method of construction has an improvisational and random quality to it, since it is largely driven by the source material I have available. I wade through my archive constantly and search for interesting combinations and relationships. Each new piece I bring to the composition informs the image’s potential direction. It is an iterative and organic process where the end result is many times removed from its origin. I think of the work as a type of mutation which can haphazardly spawn in numerous and unpredictable directions.

In my photographs I follow the rules of Magic realism. I always like to be loyal in the nature of photography which is reality. But I like to make my audiences surprised by putting something extra ordinary in the content. Hereby I present the woman in mist set, which I recently created in north of Iran. 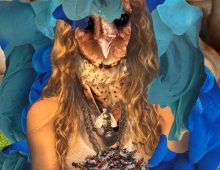 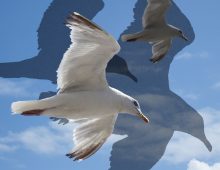 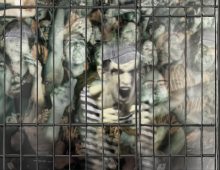 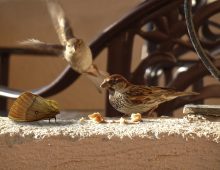 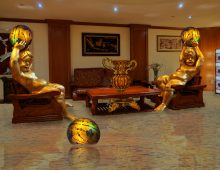 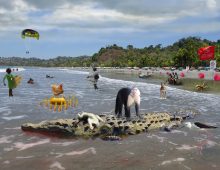 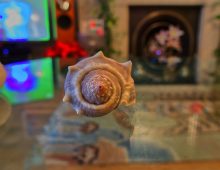 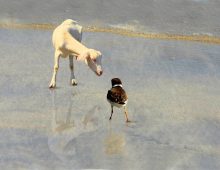 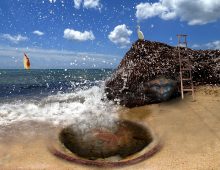 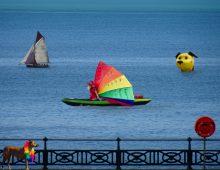 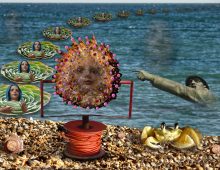 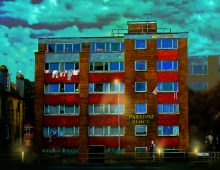 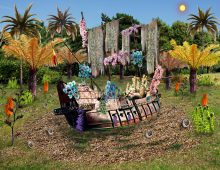 Images Inspired by Fiction: One Hundred Years of Solitude 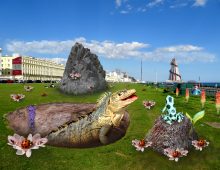